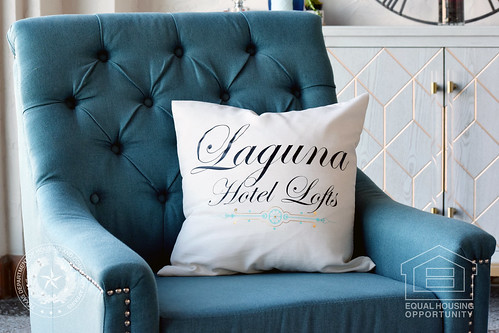 Built in the 1920s, it has stood as the town’s local hotel. It housed offices at one time. Its top floor hosted the local theatre club’s annual dinner during the last century. It’s remembered fondly, but had become an eyesore after being abandoned and a fire took out a portion of the top floors. Today, it stands as a testament to the long lasting structural integrity of those early builders.

The Laguna Hotel Lofts now boasts bright new paint, a new elevator, and new residents. Today, the Laguna’s place at the top of Conrad Hilton Boulevard is an example of how a housing development team’s determination coupled with TDHCA’s award of housing tax credits has become an economic beacon for the City of Cisco.

It all started in the fall of 2015, when Daniel Sailler and Jake Mooney went to the Cisco City Council with a proposal.

“We told them we’re going to renovate that abandoned hotel,” said Sailler. “They looked at us like, ‘yeah, right. We’ll see.’”

MRE Capital Investments submitted their application for the Competitive (9%) Housing Tax Credit Program in 2016. Theirs was one of nearly 100 applications submitted for rural consideration, and one of 64 recipients for the 2016 tax credit cycle. The developers were awarded tax credits of $545,000, equaling more than $5 million over a 10 year period. According to the developers, that’s when the real work began.

“We had 10 layers of paint to scrape through before we got to the original stencilwork; there were literally walls and railings missing; and we had to have some of the plaster moldings around the lobby pillars recreated,” explained Mooney. “It was a big deal, particularly for getting old and new building codes to work together.”

During the recent grand opening of Laguna Hotel Lofts, residents and town leaders spent time reminiscing and awing over how much of the original character had been restored. Many remembered the top floor that once served as the hotel’s ballroom, now home to a one bedroom apartment and a spacious two bedroom apartment with views of Cisco's main boulevard.

According to Cisco Mayor Tammy Douglas, the new affordable housing property has had a significant and positive impact on the entire town center.

“It’s been a domino effect,” she explained. “The city realized the highest retail sales tax revenue ever with more than $1.1 million. Everyone has been so excited about this project, and it’s been the talk of the county and the state.”

Now open, the Laguna Hotel Lofts is welcoming new lower-income residents into its 40 affordable units, and building a new generation’s worth of memories under its roof.